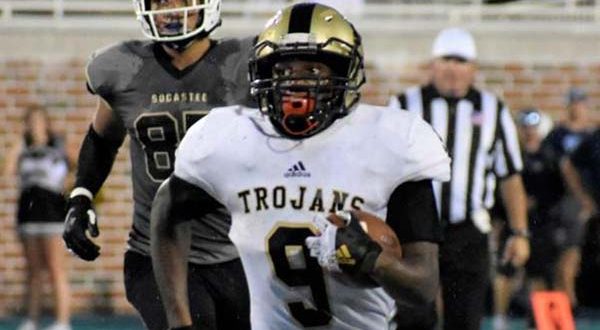 Inside Ability: outstanding ability to pick his holes and slide through them, lending credibility to his level of vision in traffic and his ability to cut and change directions with incredible top end speed.

Outside Ability: There is no doubt that his speed can beat guys to the edge and when he gets there, his change of direction speed allows him to really elude pursuit.

Elusiveness: avoids tackles and because of that and his change of direction speed, rarely takes a big hit. He has an uncanny ability to jump cut and stop-transition quickly, making him difficult to tackle.

Power: has deceptive strength. One of the things that makes him hard to tackle on the inside game is his elusiveness rarely allows more than a hand and arm to get on him and his strength makes it difficult to arm tackle him. He is always going forward, even after contact.

Blocking: Does not have to block a great deal so difficult to evaluate. His instincts along with the rest of his skill set lead me to believe he could be a very good blocker.  His size would be a concern in this area at the power-five level of play.

Hands: He can make the catch out of the backfield and downfield, as well. He does not have a problem with fumbles and protects the ball very well when running in traffic.

Durability: He can take a hit. His frame is compact and layered in muscle. He is a touch kid who doesn’t seem to wear down during the game and, as I pointed out earlier, his elusiveness keeps people from getting a solid hit on him.

Running Style: Some will say “slasher” but he’s more of a “darter,” in that he is so explosive and can stop-go on a dime and reach top speed quickly. Incredible ability to separate from pursuit.

Strengths: His skill set is complete. He has the speed, hands, elusiveness, and durability you need in a back playing in that Division I level.

Weakness: Very little; he does have tendency to outrun his blockers, which is not something you want to do at the next level. He has the vision and speed to stay behind the blockers and make his move when it is there at the next level, but that is something he will just have to learn.

Similarities: Dixon reminds me a lot of Troy Williamson when he was at Silver Bluff.

Founder of SCVarsity.com. Nationally published recruiting anlayst witih 30 years of experience in the industry. His work has appeared in publications such as Athlon, Sporting News, The Recruiting News and Deep South Recruiting and he is the author of the best selling book, The Book On Evaluating Football Players.
@scvarsity
Previous Film Room Evaluation: Justus Boone, DE, Sumter (2021)
Next The Sunday Drive: College Football and Recruiting Talk 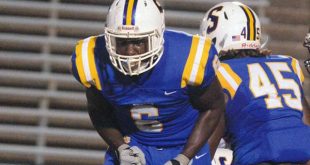