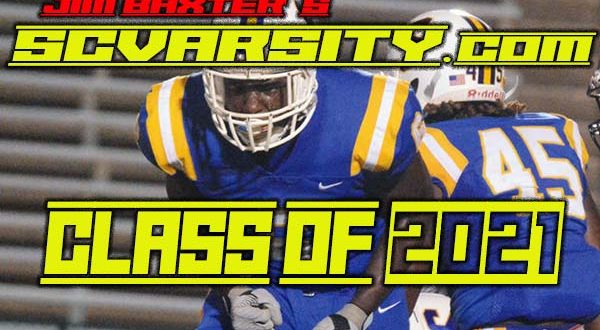 30 for 2021: Breaking down the next recruiting cycle 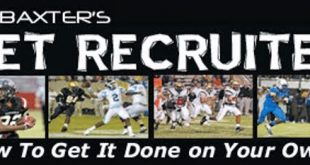 As I work on my next recruiting cycle rankings, watching film, as I always do early Thanksgiving morning, I realize that the Class of 2021 are going to be very strong in South Carolina. Impressive list of guys.

30 For ’21…The evaluation process is well underway, with more than 300 players on the “Watch List” right now. Basically, what that means is, we – and by “we” I mean me, myself, and I – will go through that list of players’ films and evaluate based on the criteria that I use for each position. If you ever wonder what that criteria is, check out one of my film eval articles or either just email me and I’ll tell you. Or you can get my book, The Book On Evaluating Football Players and it breaks it down for you.

As of right now, out of the films I’ve been through for 2021 (a little over 100 so far), these are the top thirty of that group – in alphabetical order. If you recognize that a name is missing that you feel should be there, it may be that I simply have not gotten to his film yet. So, this list WILL change between now and the end of Spring. I will try to update it every couple of weeks as I go through film and new guys move onto the list, pushing others off of the list. When all is said and done, we will have the Top 100 to 150 ranked.

Despite inevitable impending changes to the list, there are some fantastic players listed here. The one thing that I’ve realized with this first set of film breakdowns is that the 2021 Class is going to be better than I initially anticipated. As I always say, South Carolina’s top players are as good as any other state’s top players in the country. We may not send 200 to DI-A schools, but we have well over 100 playing on Saturdays from every class and for a state the size of ours, that is impressive. And on any year, I’d put our Top Ten players up against any Top Ten in the country.

I will begin to do player breakdowns and release individual evaluations and position evaluations in December on SCVarsity.com. Until then, I’ve made a few random notes on this list.

If you have players that need to be evaluated, please fill out the form at the below link:

Founder of SCVarsity.com. Nationally published recruiting anlayst witih 30 years of experience in the industry. His work has appeared in publications such as Athlon, Sporting News, The Recruiting News and Deep South Recruiting and he is the author of the best selling book, The Book On Evaluating Football Players.
@scvarsity
Previous 2019 ALL AREA TEAMS
Next Film Room Evaluation: Justus Boone, DE, Sumter (2021)