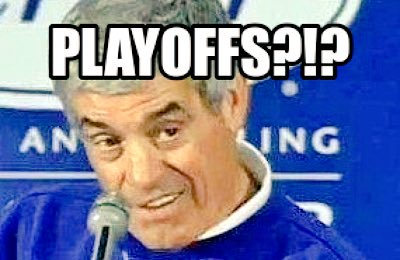 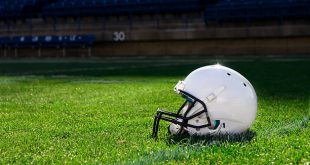 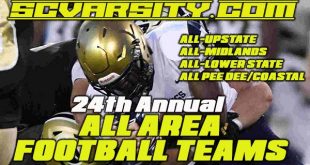 About eight years ago, I wrote an article called “A Simple Plan” and it was my proposal for a 5-Class Realignment system. It was detailed and I pushed it on SCVarsity, in my columns with The State newspaper and on the radio year after year. Finally, the SCHSL membership adopted a 5-class system that looks very similar to what was proposed and promoted.

Now, we are faced with the need for another simple plan. This one, the revamping of our playoff system in football. This is nothing new, but it is glaringly evident that we allow far too many teams in the playoffs. Look at the brackets to see the support for that statement. Chapin in 5A gets an at-large berth at 4-6 (1-3 in region); Blythewood in 5A gets an at-large berth at 5-5 (1-3 in region). In 4A, South Aiken gets in on an automatic berth at 2-8 (2-3 in region). Brookland-Cayce gets a bye because a team doesn’t get their request/petition for an at-large berth in on time; Beaufort gets a bye because? Someone doesn’t want to play? In 1A, we have an 0-10 Hemingway team HOSTING a playoff game. There are ten teams in the 5A playoffs who do not have a winning record. There are 24 teams in the playoffs in the Class A and 11 of them have losing records. There is something seriously wrong with this system.

First, we are devaluing the hard work that teams who fight and work their asses off to finish as a region champion or runner up do. We devalue the competition; we devalue what it means to get into the playoffs; we are not making the teams/coaches earn the spots. We give out playoffs spots like we give out cookies and juice to the little league kids after games. Cookies and juice for everyone! And don’t forget your participation trophy.

Secondly, there are some districts who are losing money on the playoffs. These teams that have to go on the road and fill the gas tanks of busses and feed these kids are racking up expenses that some districts can’t afford. In the case of Hemingway, 0-10 and hosting, I bet they don’t make enough on the gate to pay the officials fees, clock operator and security for the game. Not to mention that some of the districts that are incurring these expenses don’t have enough books for all of the students so they “share’ them between the classes.

We have watered down the playoffs and it is time to make a change. I’ve heard the argument from some coaches who say “well, it is one last opportunity for these kids to play a game they may never play again.” To that, I say “participation trophy mentality.” And people can say what they want about that, it is entitlement mentality. I’m not saying it is the kids, mind you, but certainly it is the mentality of the adults who are voting to keep things as they are. It is the adults who are enabling or encouraging this line of thought.

Keep in mind, this is NOT the fault of the SCHSL. Yes, they are responsible for the reclassification and realignment but the playoffs are determined by each classification. Each Class is free to adopt whatever playoff system they want to choose their champions.

So what do we do about it? Well, I have two different proposals that I feel would be better than what we currently have.

PROPOSAL ONE: ONLY THE BEST

PROPOSAL TWO: ONLY THE BEST, PLUS 8

It ain’t rocket science. And no, these proposals may not be the best system out there but I’ll guarantee you that they are better than what we currently have. We have devalued the playoffs and turned an “honor” into a “right” and it is time to stop that. Make the playoffs mean something again and watch the work ethic of the coaches and players go to a higher level as they strive to obtain that honor of making the playoffs.

You can chat about this LIVE tomorrow on The Sunday Drive. Simply go to my twitter page @scvarsity and there will be a link to the show. Or you can click here for the show.

Founder of SCVarsity.com. Nationally published recruiting anlayst witih 30 years of experience in the industry. His work has appeared in publications such as Athlon, Sporting News, The Recruiting News and Deep South Recruiting and he is the author of the best selling book, The Book On Evaluating Football Players.
@scvarsity
Previous Playoff Brackets: 4A
Next SC High School Blitz Show – 11-6-2019 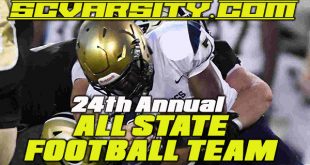